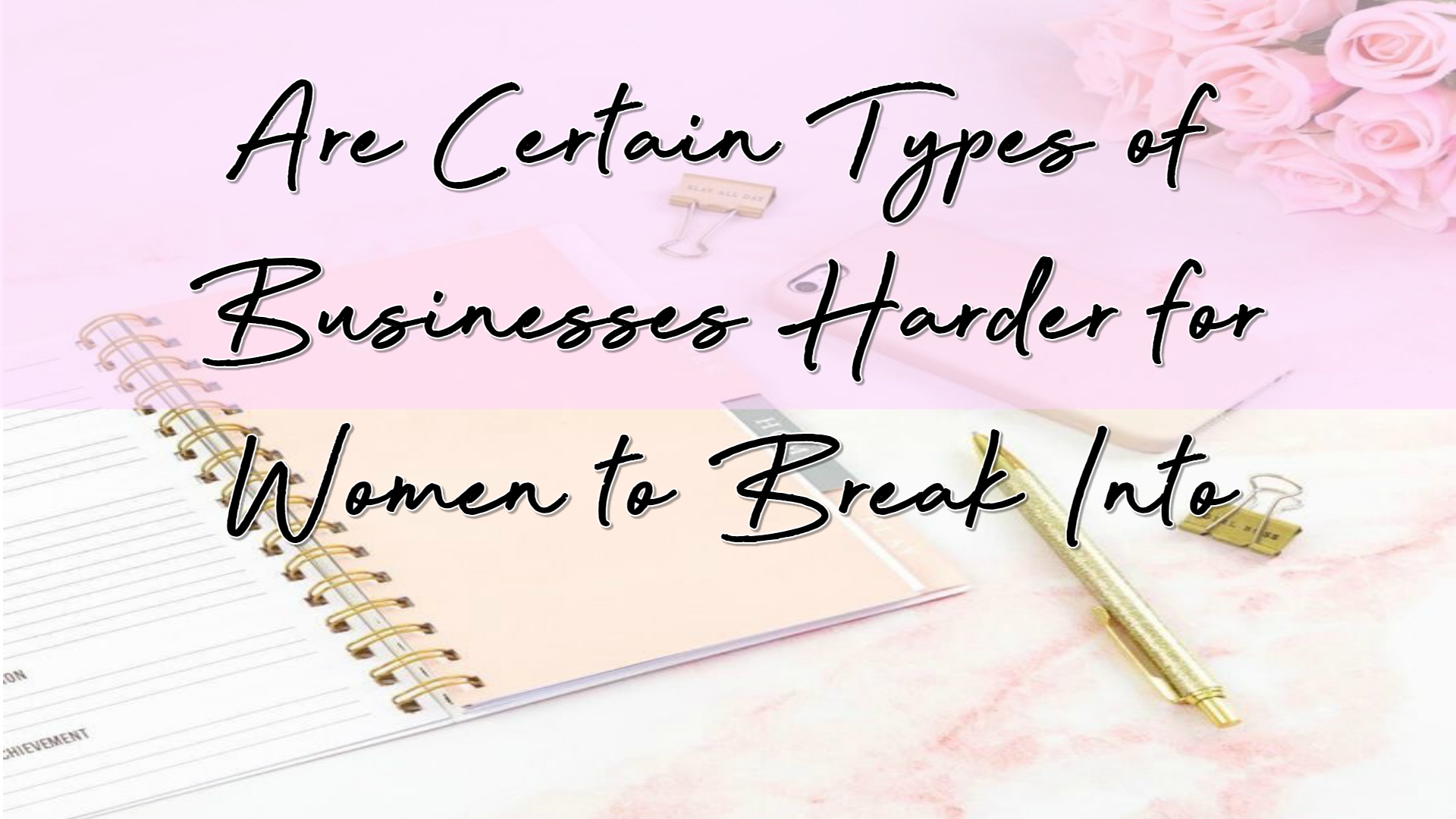 Are Certain Types of Businesses Harder for Women to Break Into?

One of the most popular slogans of the women’s liberation movement of the 1970s was, "You’ve come a long way, baby." Fast forward to the present day and that might hold true in some businesses, but there are some which seem to maintain a closed-door policy and a glass ceiling that women are still battering themselves against more than 40 years later.

The most obvious types of businesses that are harder for women to break into are tech-related. Tech seems more of a boy’s club than an industry in which women can achieve equality. While a recent report from Pew Research has shown that the majority of Americans think women are just as capable in terms of leadership as men, very few women hold positions as CEOs in general (only 26 out of the Fortune 500 companies), and women as leaders in tech companies is even more rare.

The skewing seems to start at a young age, with schools encouraging boys in math and science and girls in softer subjects like liberal arts. This bias continues in high school and the trend is maintained at college level as well, with very few women majoring in computer science or technology. An "old boy network" shuts them out still further.

In financial institutions, women seem to have to do more to prove themselves than men, and to have to keep on doing it over and over again. They often work harder, for one-third lower wages, and are held to a higher standard than men. Even if they try to make a real difference, this can often be held against them.

In a recent opinion piece published in the New York Times, studied showed that if a male executive expressed their ideas freely, they got a 10% better competence rating in their annual review. By contrast, if a woman did the same, they received a 14% lower rating. If a man and woman both express the same idea, the man gets a higher performance rating, while the woman’s stays the same.

Studies have also shown a "motherhood penalty" and a "fatherhood bonus." Women with children are seen as less committed to their job than men. If a man is a father, however, he is actually seen as more committed.  Factors such as the majority of childcare burden resting on the mother’s shoulders is never taken into account. Fathers are actually sent on more management training courses than single men, who in turn are sent far more often than women.

Start-ups also tend to be "old boy networks" that shut out women except for the more subordinate tasks, even though studies have shown that start-ups led by women are more likely to succeed and innovative firms with women at the head are more profitable.

New companies with more gender diversity have more revenue, customers, market share and profits. This demonstrates that while there is still a glass ceiling in some businesses, there is also room for women to bring their skills and talents to play. In this way, they can build stronger companies by daring to be entrepreneurial, and to support each other with an "old girl network" that can open more doors for women.